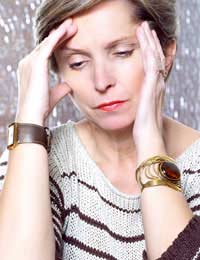 In many ways, science fiction is a fairly reliable prophetic medium, one in which the boundaries and limitations of today’s reality hold no sway over the imagination. Before mankind made it to the Moon, characters in books has already been there.

One staple of many Sci Fi stories is the Psi Corp, an arm of the government or the military comprised of psi sensitives using psychic abilities to further their sponsor’s aims. In recent years certain documents of the United States’ Central Intelligence Agency have become declassified and revealed that such activity is not all science fiction…

In many fiction stories psychic abilities run the gamut from sensitives getting a general warning of danger to Jedi using mind control and telekinesis to lay waste to a battle field. Expectations of a government programme setting out to create super soldiers augmented with psychic armour and weaponry certainly sounds far fetched, but taking a look at the current range of psychic abilities is not.

Psychic abilities cover a broad range of the possible, but seem to focus primarily on ESP and similar. Extra Sensory Perception, sometimes called clairvoyance or remote viewing, would provide a huge advantage tactically to a government that could dependably harness the ability.

The interest in the supernatural predates the interest in the paranormal, with Hitler’s pursuit of religious artifacts and investigation into black magic during World War II, but unlike the story told in the movie Raiders of the Lost Ark, more modern governments were not interested in putting an ultra weapon at the head of an army. Their interests was less soldierly and more subtle—they sought a way to augment their spies. Wars are won and lost—and many avoided—on information and if that information could be gathered remotely without loss of life or the awareness of the target that he has been observed, so much the better. Thus, some super powers started investigating the possibility of harnessing ESP during the Cold War.

Specific interest from the CIA was in remote viewing, the ability for a psi sensitive to enter a trance and experience a place other than the one he or she was physically located. The outfit approached researches at Stanford University to aid them in determining if remote viewing was possible. Subjects would be asked to describe objects or sketches sealed in envelopes and then moved on to viewing a target place, either writing down a description of signs, sounds and smells or drawing sketches of what they claimed to see. Agents would then be dispatched to verify the validity of these viewings.

While there is nothing approaching the regulation and proliferation of psychic agents shown in much popular fiction, there have been some reports of actual field use of psychic ability. In one report, former US President Jimmy Carter told a story about a downed aircraft in Zaire that went undetected, despite the best efforts in sweeping the terrain with US satellites. The then head of the CIA turned to a woman reported to have psychic powers, who gave them new coordinates to check. When the satellites were tuned to the coordinates, the plane was found.