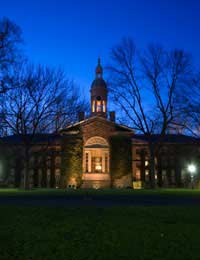 As of February, 2007, the correct question would be “what WAS PEAR?” as the facility has been shut down. From its opening in 1979 until then, however, PEAR was the Princeton Engineering Anomalies Research Lab, where researched searched for answers and understanding on the interaction of humans and machines. While this may not at first sound like much of a paranormal subject matter, consider that they were specifically examining how humans could influence the interaction of machines using only the mind and force of will.

Founded by the Dean of the School of Engineering and Applied Science at the time, Robert G. Jahn, PEAR kicked off with parallel experimental programs, followed until its doors were closed. Human-machine interaction was one and remote perception was the other. Remote perception was another way of saying ESP or clairvoyance.

One of the strengths of PEAR was its staff’s diversity, made up of experts and students in many different disciplines. There were humanists mingling with engineers and psychologists comparing notes with physicists, all seeking some tangible evidence of the ability of humans to influence the world around them directly with the mind, by-passing the intermediary influence of the body.

The comprehensive agenda of PEAR was based largely on statistical models, with an emphasis on testing the ability for humans to influence random events with the mind. A prime experimental standard was the REG or Random Event Generator; a machine that was set up to produce random events autonomously. These events were measured until a mean was established and then tested with a human participant.

The human tester would attempt to will a specific result and then the REG would be tested and the results measured to see if there was any appreciable difference from the mean.

As for the second path of PEAR, researches used the term “remote perception”, which they felt more accurately described the phenomenon more popularly called “remote viewing”, which used more senses than sight alone. A standard remote perception test would involve one PEAR researcher going to a specific site and describing it in a written report.

Regardless of the specific outcomes of the Princeton Engineering Anomalies Research Lab, PEAR was successful if only in bringing together members of so many different disciplines to study the psychic. Their approach to study laid the groundwork for many other similar research studies.