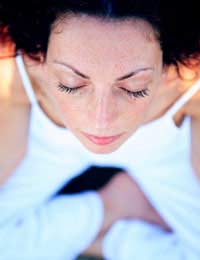 Somehow somewhere, every thought, every deed, every moment of time is being recorded. This is the concept behind the akashic records, a library of sorts that retains this information. Furthermore it, being a library, can be accessed by those with the proper training or in moments of serendipity, granting them knowledge beyond that of their fellow man.

What are The Akashic Field & Akashic Records

The Akashic Field & Akashic Records are both terms that are used interchangeable to describe, roughly, the same thing. The concept comes from the 19th century philosophy known as Theosophy, although its proponents claim the Akashic Field & Akashic Records have been around long before this, and in fact have existed either from the dawn of time or before.

While the terms “Akashic Field & Akashic Records” only came around with the advent of Theosophy- itself a philosophy of all religions being aspects of a universal exposure to a universal religious and spiritual constant- supposedly cultures throughout time have had the discipline or the happenstance to have accessed this body of knowledge.

The term “akasha” is a Sanskrit expression that means alternatively “sky” or “aether”, and is supposed to be a quasi physical or energy substance up which the collective knowledge of the universe is written, and from which it can be read, or interpreted. All life forms- implying alien and also Earth animal- have their actions, emotions, thoughts, feelings, and experiences recorded thus, and thereby anyone who can access the Akashic Field & Akashic Records can learn and use this information.

The American mystic Edgar Casey claimed he could access the Akashic Field & Akashic Records, falling into a sleep like trance and coming from it with information that seemingly could not be obtained in a normal fashion. While psychics of all stripes follow similar means and ends, he was the first to claim access to the askasha. He was doing so in conjunction with a physician, who, being a man of science, leant a modicum of respectability to Casey’s claims.

There are other concepts that are prevalent in the scientific and philosophical- as well as the paranormal- communities that are similar to the Akashic Field & Akashic Records. Psychologist Carl Jung proposed a “universal unconsciousness” that is contributed to by all unconscious thoughts. Other concepts, such as the idea that a concept, once conceived, has a life of its own, are similar to the akasha. Parallels have also been drawn to the Book of Life mentioned in the Christian Bible, which ties in to the general theme of Theosophy, that the specifics of various religions are all simply reflections of a “true” religion and state of spirituality.

It is hard to prove the existence of the Akashic Field & Akashic Records. All evidence of such is anecdotal. While some claim they can access this library of everything and view its contents like watching a movie on a DVD, none yet have been able to tune in any researchers investigating the claims and seek proof of the existence of the akasha.