Home > Equipment > Zener Cards and How They Work 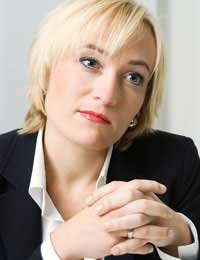 Zener cards are a tool used by parapsychologists to test for the presence of ESP or Extra Sensory Perception. Psychologist Karl Zener created these cards in 1930 in order to aid his college, parapsychologist front runner J. B. Rhine, in conducting experiments in clairvoyance and they have remained in use to this day.

A pack of Zener cards come with five groups of five, twenty five cards in all. There are five distinct patterns, a hollow star made with five points, a hollow square made from four lines, three vertical waves (three lines), a cross made from two lines and a hollow circle made from one curve.

Rhine and Zener must have been excited when they first started using the cards to test for psychic ability, as it seemed like their campus was packed with high scoring sensitives. After a bit of reflection, however, it was discovered that the students were taking advantage of the card’s flimsy construction, scored low on secrecy. The cards were created using translucent paper and the symbols could be seen from the other side. The quickly redesigned cards, however—the kinds in use today—are impossible to see through.

When testing for clairvoyance the experimenter shuffles the deck of cards and then selects one at random. He then marks which symbol is on the card, taking care that the test subject is not able to see. The test subject then makes an attempt to see the symbol and relays his attempt to the experimenter. This continues until the pack is exhausted and then the results are tabulated.

In order to keep things proper, a third party is typically used to observe the experiment or it is videotaped so that a third party may review it on demand.

There are many ways a Zener card test could be conducted in order to exert or eliminate controls from the experiment. Clever students who might also be good at poker may detect tells—unconscious actions that the observer can read in the tester’s body language—and thus produce a corrupted result. In some tests the subject and the tester are separated physically by a partition or a wall or even, in some cases, in different buildings all together.

Inept card shuffling and card counting are two other ways that the accuracy of the tests can be corrupted, so sometimes multiple decks are used, with some tests reaching into the hundreds of cards.

With a five symbol deck of twenty five cards, a subject could be expected to guess the symbols with a 20% success rate, thus testers are looking for results in excess of that number.
Next Page