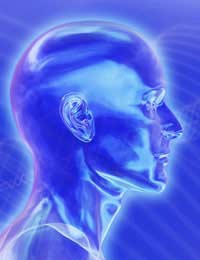 Two men sat at a table while a third looked on. One man was sitting forward holding up cards and making notes on paper, which the other, the one speaking, was sitting faced away, staring blankly at the wall. All three men were conducting an experiment in ESP, actively using scientific means to attempt to prove that which science has, so far, refuted; the existence of Clairvoyance.

The people who lay claim to psychic powers fall into many diverse categories. Many say their abilities are from a spiritual source, such as communing with the dead or the angelic. Some claim their brains were altered by alien forces, while others use magic as their source. Still others point out that psi is available to all and it only takes being gifted or special training to bring it to the fore. If one decides not to accept any of these stories on faith, the only recourse is to put the claims to the test and the only effective, concrete way to do that is by using the scientific method.

In the above example the men were using Zerner cards, five distinct symbols repeated over and over in a deck of cards. The test subject, supposedly using ESP (Extra Sensory Perception), attempts to “view” each card as the experimenter holds it aloft, hidden from view. With a 20% accuracy rate on guess work alone and the potential for contaminated results via reading body language or collusion, a third party observes the entire process.

In the Zerner test the subject is either using telepathy to read the experimenter’s mind, clairvoyance to see the actual symbols himself or is just randomly guessing. The burden falls on the experimenter to perform the test over and over and over, using as many controls as possible, in an attempt to prove or disprove the existence of any form of “remote perception.”

There are four basic steps to the scientific method:The idea is to make an observation (it is not possible to see the figures on the Zerner cards with the back turned) and then make an educated guess (subject will be able to view cards remotely more often than the random percentage of 20% if he possess a method of remote viewing) as the hypothesis. If the subject does produce enough results to prove the hypothesis correct (say, a 50% accuracy rating) then the experimenter can use the hypothesis to predict that he does, indeed, have remote viewing. If then step four can be successfully completed (another research tests the same subject multiple times and each time the accuracy rating is 50% or greater) then it could be concluded that the hypothesis was indeed correct. To date, no scientifically tested case of paranormal activity has survived step four in the scientific method.

The scientific method is the only real tool available to test and prove the truth of anecdotal evidence of clairvoyance. If one person in three or even one in fifty, had the ability and was able to demonstrate it on demand, there would be no need for the scientific method, just as there is no need to test the statement “people eat food”—it would be an observable fact. Until that time, organisations like PEAR and the SPR will continue to test for proof.
Next Page