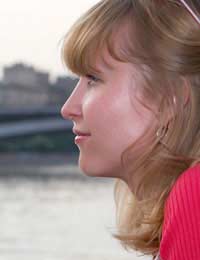 You’ve had the sense that you’ve been here before. More than that, you’ve done this same thing, said this same thing, heard everything exactly as it is happening right now. You are experiencing Déjà vu, the sense that “this has happened before” and it can be a very unsettling feeling- but does it mean you have psychic powers, or is there a more mundane explanation?

What is Déjà vu?

Firstly, it is not necessarily “Déjà vu”, which is translated from the French as “already seen,” that people are experiencing when they get that sense that they have lived through an experience before, but rather “Deja vecu”, or “already lived.” This comes from the study of the sensation that lead to three different types of Déjà vu being recorded, the most common of which is the sensation that the person has been through the exact moments in time at some point in the past. It feels almost like the skipping of a CD that’s been scratched deeply, with the listener hearing the same segment of the song over and over. The other two forms, Deja senti and Deja vistie (already felt and already visited) are more specific variants, but all deal with the same sensation of near-time travel. While under the temporary influence of Déjà vu a person almost feels like they can predict what someone else is about to say- yet that feeling always comes immediately after the person said it. In the end it is less about seeing the immediate future before it happens and more a function of memory, the person hearing words and seeing things that he has seen before. The feeling can be extremely overwhelming, albeit short lived, which leads to a sense of strangeness.

There have been many theories floated as to the source of Déjà vu, some coming straight out of the imagination while others the result of serious scientific study- or at least, the attempted serious scientific study of the subject. As Déjà vu is nearly impossible to control- one can’t simply force it upon oneself- it makes it a tough subject for empirical study.

Some theories have to do with past lives, others with out of body travel, and one interestingly unique idea that we are all part of a grand conspiracy and living our lives over and over again (thanks to the popular Science Fiction movie The Matrix.) On the science front, two theories have the most support, one involving vision and the other memory.

The vision concept is that one eye is seeing and recording information minutely faster than the other, thus sending the signals to the brain, which registers the information twice in rapid succession, creating the sense of recall. The other, dealing with memory itself, supposes that the synapses that deal with long term memory and short term memory are crossing each other. This creates the sense that you have lived through a moment before because you actually have- and the brain is remembering it twice as you are living through it.

Is Déjà vu of the psychic world, or the scientific? We may never know. Under laboratory conditions it remains an elusive quarry, although work with pharmaceuticals and hypnosis have had more and more success reproducing the sensation. One thing that is certain about Déjà vu and will likely never change- it is an odd, sometimes frightening, sometimes pleasing sensation likely to puzzle humanity for some time to come.
Next Page